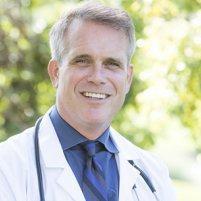 If you’re currently a smoker, or you used to be one, and you’ve been experiencing a cough that just won’t go away, you may have chronic obstructive pulmonary disease (COPD). Dr. Robert Wielenga has vast experience working with patients and improving the symptoms of COPD. At Wielenga Medical in Downey, California, he uses lifestyle changes and medication to reduce your symptoms and slow COPD progression. To learn more, call the office to schedule your initial consultation.

Chronic obstructive pulmonary disease (COPD) is a condition that makes it hard to breathe. Progressive in nature, the symptoms of COPD get worse over time. When you have COPD, you may experience a range of pulmonary symptoms, including:

People with COPD have emphysema, chronic bronchitis, or, in most cases, both. Emphysema destroys the walls between your air sacs, causing them to lose their form. This reduces the lung’s ability for gas exchange and leads to reduced oxygen levels throughout your body.

With chronic bronchitis, your airway lining becomes inflamed and irritated. This can cause the lining to swell and produce a thick mucus, making breathing difficult.

While COPD can be caused by a variety of things, the most common culprit is smoking cigarettes, which accounts for nearly 75% of the people who develop the condition.

The second most common cause of COPD is long-term exposure to lung irritants, including:

Alpha-1 antitrypsin deficiency, a rare genetic condition, is also responsible for some cases of COPD.

In healthy lungs, the airways and air sacs are stretchy. Like a balloon, these sacs fill with air when you breath in, and deflate when you exhale. Yet when you have COPD, less air goes in and out of these sacs for a number of reasons, including:

Can COPD be treated?

COPD is a chronic condition and can’t be cured, but Dr. Wielenga can help manage your symptoms and slow the disease’s progression. He may prescribe certain medications to make breathing easier, including:

Dr. Wielenga also counsels you on what you can do at home to improve your COPD and reduce your symptoms, such as: